This study reports the results of a follow-up survey conducted in the pilot regions of Leskovac and Vlasotince (“South Serbia Region”), Užice and Bajina Bašta (“South-West Serbia Region”, and Ivanjica and Nova Varoš (“Control Region”) that were selected as part of Component 3 of the GIZ Programme “Establishing a sustainably bioenergy market in Serbia”.

Component 3 ran from December 2013 until July 2017, and its objective was to improve the efficiency of firewood use in households. The target of Indicator 3 of the GIZ programme, was set to “10,000 additional households which use wood fuels efficiently in the selected regions”.

In the Control Region, which did not benefit from the activities of Component 3, a mere 3.8% of households used wood fuels efficiently.

The report discusses data gathering through the survey in detail, detailed results obtained, and makes recommendations as to continue to improve the use of wood fuels in households in Serbia. 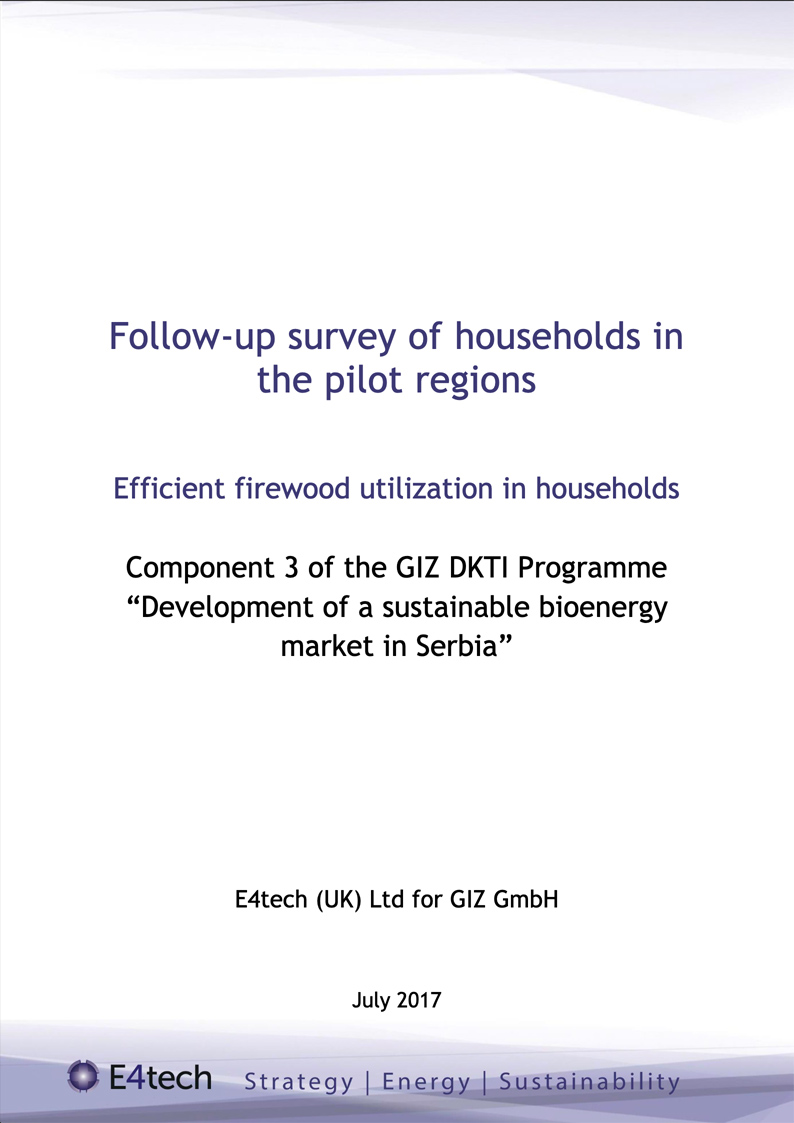